Aim of the Project : (CALEF task) design and construction of innovative structures (containers) made with light alloys and welded with lasers for the transport of goods on fast ships

Aim of the Project objective: realization of an innovative high power laser system based on the use of transparent ceramics to replace the crystalline active medium to be used for cutting and welding light alloy panels for naval use.

Aim o the Project : development of innovative solutions in the area of ​​production systems which, through the creation of autonomous elementary cells,specialized by type of process and by product families, allow a rapid reconfiguration with changing conditions of use

Aimi of The Project: (CALEF task) study and model simulation of structural components

Aim of the Project: research and development of modules for collective passenger transport vectors that allow new flexible architectures for different applications (railway, tramway, metro carriages, etc.) and / or for different functions within the same vector. The Project was divided into the following areas of development: innovative materials and related production processes and techniques, advanced simulation techniques, calculation and virtual design, design methodologies for the Life Cycle Cost, control and diagnostics techniques.

The aim of the project is the development of innovative fabrication processes of newly designed complex titanium components for the aeronautical industry, usIng. fibre Laser Beam WeldIng. (LBW) to obtain near net shape components in order to reduce the buy-to-fly ratio. Realisation of prototype fiber laser station

Visual information systems for factory processes in the transport sector
Aim of the VIS4FACTORY project was to outline a set of enabling technologies based on the paradigm of advanced visualization (virtual reality, augmented reality, mixed reality, multisensory interaction) applied to the manufacturing context of the design and production of advanced materials and components for the sector of transport. In particular, it is expected to intervene in specific phases of the manufacturing company value chain, namely:
The virtual, immersive, cooperative and concurrent design The quality check of the product / material / component;
Maintenance processes Production planning, advancement and optimization;
Assembly processes.

INNOVATIVE TECHNOLOGIES AND MATERIALS FOR TRANSPORT.
Project for the creation of a public-private laboratory for the study and development of innovative materials for transport.
Coordinator: CETMA Consortium

Innovative methodologies and technologies for the competitiveness of production processes.

NEXTOWER shall introduce a set of innovative materials to boost the performance of atmospheric air-based concentrated solar power (CSP) systems to make them commercially viable. In particular, tower systems are appealing for the great environmental compatibility and offer tremendous potential for efficient (electrical and thermal) power generation. Yet, their industrial exploitation has been so far hindered by limitations in the materials used both for the central receiver - the core component - and for thermal storage. Such limitations dictate maximum working temperature and in-service overall durability (mainly driven by failure from thermal cycling and thermal shocks). Improving the efficiency of a tower system entails necessarily improving the central receiver upstream and possibly re-engineering the whole systems downstream to work longer and at much higher temperature, especially in the thermal storage compartment.

CALEF was entrusted with one of the most critical tasks of the entire NEXTOWER project, which consists of the responsibility for the design, shared with ENEA, and for the assembly of the energy storage system made available by the system receiving the sun's rays.

This complex system, renamed "SOLEAD", represents an absolute innovation because for the first time, in the field of solar energy production, technology based on molten salts will be replaced with that of molten lead, at the same time representing an important technological impact the experience gained by ENEA in the field of nuclear constructions (CIRCE system).

Nonetheless, in parallel with the Engineering activities, jointing practices for the welding of all the critical components and materials of the SOLEAD system will be studied and developed.

The technical problems, in fact, impact heavily on the compatibility between containment materials and the interface with the molten lead which will reach operating temperatures higher than those normally explored in III and IV Generation plants where the main task to be carried out is that of cooling fluid.

The welded samples made and optimized will be characterized in the laboratory. The results will represent the basis for the definition of the guidelines to be adopted as a pre-normative reference for the experimental demonstrator SOLEAD and its future developments.


OK-INSAID offers scientific, technological and application innovation thanks to the introduction of Big Data Analytics in the industrial context, helping to redesign production processes and business models, to achieve a change of pace in the creation of digital services for industry. OK-INSAID recognizes the potential of data coming from productive realities, which are still under-exploited: data are potentially available, but companies do not have enough skills to extract the value, sometimes hidden, contained within them. For this reason, OK-INSAID will adopt and advance state-of-the-art technologies, defining new data driven approaches. OK-INSAID also proposes a new approach to analytics, based on the coordination, collaboration and synchronization of existing ones at cloud and edge level, thanks to a reference architecture and its implementation, aimed at developing new hybrid analytics Cloud-edge for Industry 4.0. Specifically, the innovations introduced by the project are:
• New models and methods for the acquisition and integration of industrial data from numerous heterogeneous sources, to create industrial data spaces at the enterprise level;
• New algorithms and data science methods for the generation of value and operational knowledge from big data from the aforementioned sources.
The focus will be on real-time and near-real-time analytics, with descriptive, diagnostic, predictive and prescriptive analysis methods;
• New industrial analytics services, obtained by integrating the algorithms developed in applications that exploit the distributed model of processing and analysis of industrial data space data;
• Advanced methods for the security of industrial data, aimed at assessing possible vulnerabilities (e.g. violation or theft) of industrial data and implementing adequate protection measures and countermeasures;
• Advanced methods for visualizing data aimed at providing users with ideas, value and operational knowledge extracted from the available data. The results include new user interfaces for wearable devices, personal mobile devices, augmented / virtual reality, etc. The OK-INSAID approach, the reference architecture and its implementation will be tested and validated in the operating environments provided by AVIO, SACMI, CRF / FCA.

The project intends to develop new integrated systems, based on the use of shape memory metal alloys, capable of continuously and actively implementing surface morphing that affect the aerodynamics of motor vehicles. The aim is to verify the possibility of obtaining benefits in terms of performance and consumption from the use of intelligent materials (SMA) to create active composites, capable of changing their shape when subjected to specific inputs in response to different operating conditions. In order for the surface of the vehicle to take on certain configurations according to the stimuli sent, it is necessary to appropriately choose the materials constituting both the matrix and the reinforcement, to design and optimize the configuration of the composite and to develop an appropriate technological process. Therefore, the research activity foresees an in-depth study and experimentation phase for the identification and characterization of the most suitable materials for the production of active composites. The configuration of the active composite surface will require the development of a robust methodology of design and optimization based on the achievement of the pre-established functional requirements and validated by means of the experimental numerical comparison.
The production process of active composites will also be developed both during the production of the specimens and during the realization of the demonstrators.
The demonstrators will be designed on the basis of an implementation strategy of the ARIA technology on the car taken into consideration as a case study, for the achievement of predetermined performance objectives. The technique of integrating shape memory systems into the vehicle will be developed and the results obtainable will be ascertained from track and wind tunnel tests. Motor vehicles (cars and light commercial vehicles) are one of the major industries in terms of production value and number of employees in the less developed regions, with important investments in research and development (R&D) in Campania. At the same time as the expected impact on the product and on the macro-reality constituted by the production plants of vehicles and components, an impact is also expected in terms of an increase in specialist and employment know-how in Campania..

The aim of the project is to study and develop innovative technologies and advanced materials to be used in the shipbuilding industry, such that they can meet the needs of the companies involved in the project and the challenges posed by EU, national and regional programs in terms of transport. smart, green and integrated maritime. The approach is based on two key elements: sustainability, associated with performance, and the life cycle. Materials, construction systems and processes, on which the project focuses, will be subjected to an innovation process that wants to overcome the current technological level. The result of OR1 is the “excellent” joint - resistant, safe and comfortable - capable of connecting hybrid structures, in terms of materials used (polymer / metal, composite / metal) and components (hull / bulkhead), aimed at reducing the ship weights and disassembly. Innovative production processes will be adopted: laser etching / texturing, clinching, self piercing riveting, curing, bonding. The result of OR2 is the adoption in the shipbuilding industry of welding systems and, in particular, of friction stir welding to create bimetallic connections (aluminum / steel). The result of OR3 is the eco-friendly and bio-sustainable composite. New reinforcement fibers (natural vegetable / mineral and hybrid) will be studied, but also new thermosetting resins will be formulated, more sustainable than those in use. In addition, processes for the recycling of composites based on thermosetting resins will be studied. The result of OR4 is the formulation of hydrophobic and antifouling coatings with biocidal action to be used on components and fittings of boats of different nature and profile of use and thick coatings for protection from flames and acoustic / thermal insulation. Finally, the result of OR5, is a system for monitoring the health status of ships in terms of assessing corrosive processes and the consequent structural damage aimed at increasing MTBM. These results will be validated and demonstrated thanks to the involvement of the companies that will test the solutions proposed on vehicles and components and to the use of a vehicle created under the PON R&C 2007/2013 by NAVTEC. What has been studied and developed will have a considerable value for the companies involved in terms of visibility and competitiveness (e.g. cruise shipbuilding), with an expected economic and above all employment return.

The project aims to:
-Produce high purity alumina (HPA)
-Produce Metallic Si
-Recover CO2 from the atmosphere
All using aluminum alloy and CO2 waste with a closed-loop thermodynamic cycle, patented by NTNO, with a reactor built by CALEF and WT in ENEA.
CALEF and WT will then have the task of building and marketing the plant in WP6

The CALEF consortium together with the two partners ENEA and Walter Tosto SPA is participating in an international project funded by EIT-RAW-Materials called SisAl focused on the recovery of CO2 from industrial calcination processes to produce aggregates for use in the cement industry, for example.
Attached is a presentation of the prototype plant that will be built in ENEA Casaccia.
Calef- SISAl.1.pptx

Development of environmentally friendly materials and technologies, drilling, cutting and robotic assembly processes. Type: PON (PON03PE_00129_1 )
...
The innovative processes that are intended to be developed in this project are those of laser drilling and cutting of aluminium alloys and drilling for material removal, using cooperating anthropomorphic robots, hybrid aluminium / composite stack-ups and their assembly.
...
× 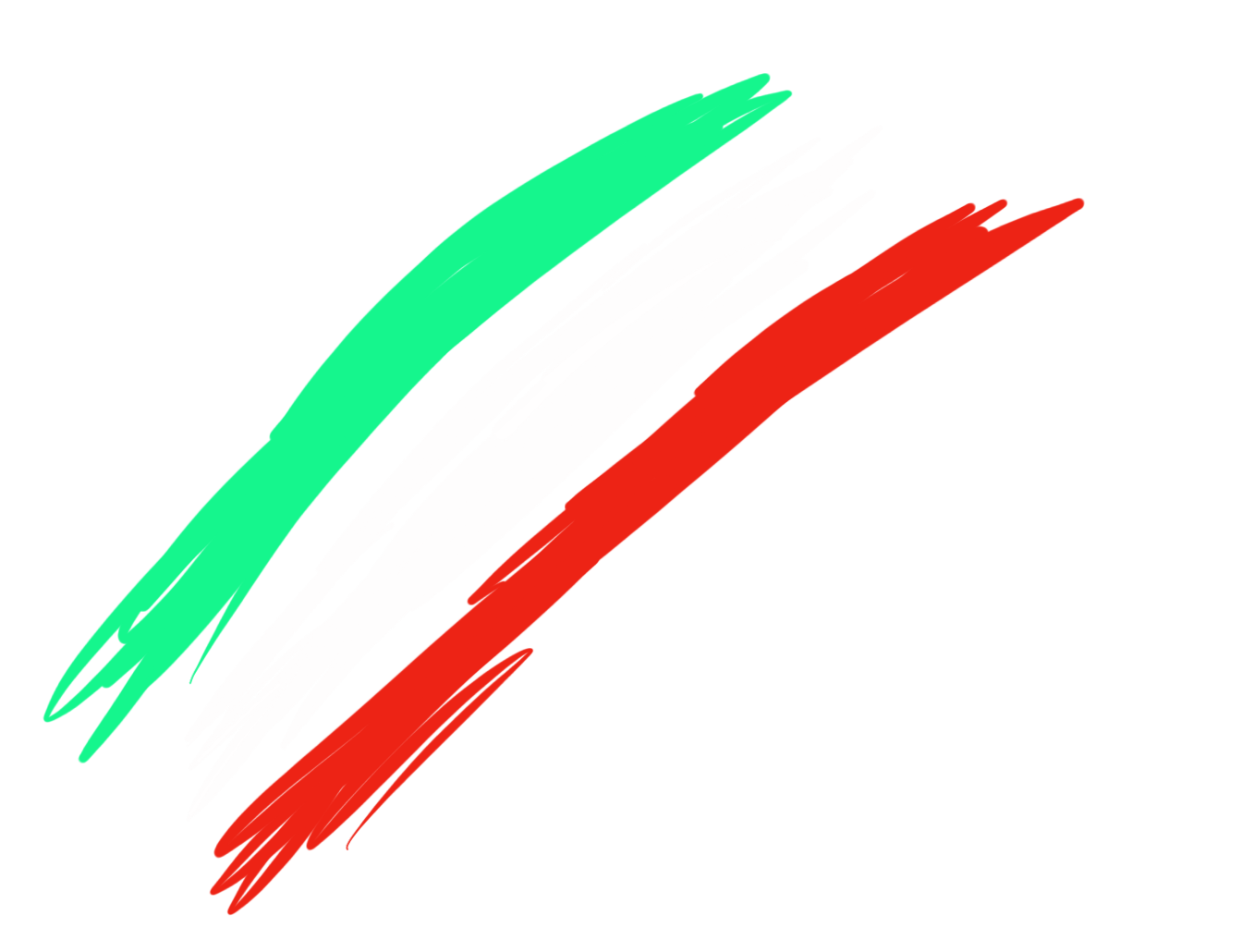 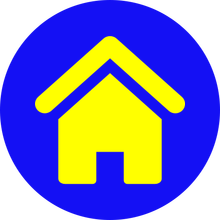 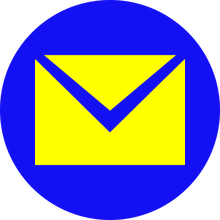 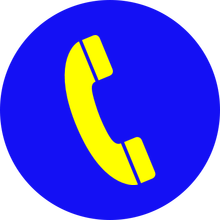